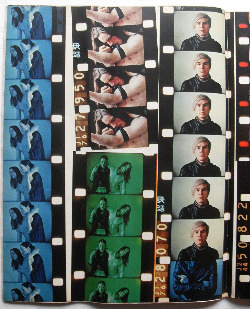 80s movies continued the 70s quest for blockbuster hits, but produced few if any classic films. Lead by producers George Lucas and Steven Spielberg, the industry targeted a younger viewing audience - a lot of them Jonesers - for the type of special effects movies proven successful in the 70s. The Empire Strikes Back ('80), Raiders of the Lost Ark ('81), ET--The Extra Terrestrial ('82), and Return of the Jedi ('83) are prime examples, along with Romancing the Stone ('84), Ghostbusters ('84) and Back to the Future ('85) plus sequels. 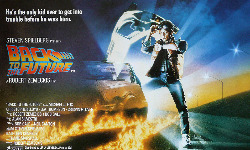 80s movies went big business amid concerns for soaring production costs and stagnant ticket prices. Blockbuster productions were not without costs, due in large part to expensive special effects technology, major marketing blitzes and increasingly higher salary demands from box office stars. As a result, major studios such as United Artists, MGM, 20th Century Fox, Columbia, Paramount and MCA/Universal either merged and/or were acquired by other business conglomerates to become their entertainment divisions.

The advent of video tape and VCR's impacted the industry as well. VCR's reached affordable levels for most consumers by the end of the 80s, allowing movie watchers to record, buy or rent their favorites and watch them at home instead of in theaters. Selling movies on tape gave studios an additional revenue stream, particularly for movies that didn't necessarily do well at the box office but became subsequent rental hits for home viewers (aka "cult classics").

Again, while the decade didn't necessarily produce any classic films, the following were considered favorites among most viewers:

Choosing the "best" of anything depends upon the criteria chosen, but Hollywood movie critics and historians generally rank the following films highly on most lists as worthwhile and absolute "must sees" (note that a "best" film wasn't picked for some years):

The more traditional measure of popularity - the film grossing the most revenue at the box office by year: