Have you been "jonesin" all these years without even knowing it? Born between the years of 1955 and 1964, but never fully relating to the characteristics and interests of your older baby boomer friends and siblings? Yearning for something and not quite finding fulfillment, be it socially, economically, politically or even spiritually? Take heart---Generation Jones has now arrived!

Regardless of how we label this age group, its sheer size - and some standout members - make Generation Jones incredibly important in the US, the UK and throughout the world. Their major influence has already been felt in most western elections, in turn affecting the next course of world politics:

Jonesin is characterized - among other things - as being open to change, and also being "persuadable" if reasonable arguments can be made. Hence those in the US found Obama's presidential campaign messages in 2008 and again in 2012 appealing.

While the leadership of western governments has already shifted from older baby boomers to Generation Jones, their political agendas have only begun to emerge. Efforts to address global climate change, the world economy, nuclear arms reduction, and closer to home in the US - health care, Wall Street regulations and immigration reform - will soon draw a much clearer picture. Programs such as these may bring changes to our lives never before thought possible!

Have you ever wondered just where you fit in the demographic scheme of things? You never shared the "we can change the world" optimism of your older siblings (core boomers), but you also didn't buy into the gloom and cynical outlook that often categorizes Generation X? 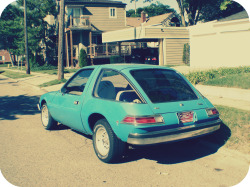