Are you good at music trivia? Do you listen to oldies radio and sing along - when no one is around? Do some of those classic lyrics and melodies still buzz around in your head? Take our test and see how much music trivia you really know! 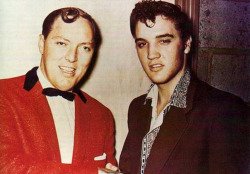 1. Which of the following is generally considered the first rock n roll song?

a. "Rock Around the Clock" - Bill Haley and the Comets

2. Which of the following recording artists died in a small plane crash in Iowa on February 3, 1959 - later known as "the day the music died"?

d. all of the above

4. Which disc jockey is generally recognized for popularizing the term "rock n roll"? 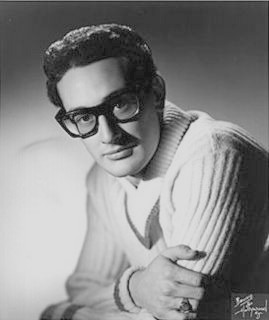 5. Which artist died in a plane crash just three days after recording the hit "Sitting At the Dock of the Bay"?

6. Billboard Magazine began its Hot 100 record singles popularity chart in 1958. What song was the first #1 ranked hit on this chart?

d. "All I Have To Do Is Dream" - Everly Brothers

7. Which of the following singles by Elvis Presley was his first #1 hit?

8. Which group produced an album in 1966 that outsold the Beatles by a 2 to 1 margin that year?

b. The Mamas and the Papas

9. When the Rolling Stones performed their hit "Let's Spend the Night Together" on The Ed Sullivan Show, how did Ed Sullivan change the lyrics?

a. "Lets spend some time together"

b. "Lets spend the day together"

c. "Lets spend our life together"

d. "Lets have some fun together"

10. "Hair" was the first rock musical, debuting off Broadway in New York in 1967 and went on Broadway the following year. Which of the following hit singles was not a spin-off from this musical?

11. What was the original name of the recording studio in Detroit before it was known as Motown Records?

12. Where and when did Woodstock occur?

c. Ruby and the Romantics

d. Martha Reeves and the Vandellas

14. What popular Motown group recorded the hit single "Shadows of Love" in 1967?

d. Smokey Robinson and the Miracles

15. What popular song in the 50s popularized the phrase "rock 'n roll"?

a. Rock Me Baby

c. Rock Around the Clock

d. I Want to Rock

16. When he was 10 years old, which member of the pop rock band The Monkeys had played the role of Corky in the 50s TV series Circus Boy?

17. Before changing their name in 1960, the Beatles were originally known as: 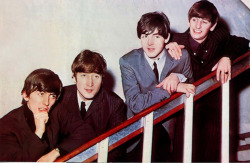 18. Who played drums for the Beatles before Ringo Starr?

19. What year did the Beatles first appear on the Ed Sullivan Show?

20. What year did Elvis get out of the army and resume his recording career?

So, how good are you with music trivia?